Dagitu is a small coffee estate located in Kiambu County, in Kenya’s central highlands. The estate is owned by 69 year old Danson Wanyutu Karugouto and his wife, Josephine. Dagitu is a small piece of land in a larger family-owned estate named Docha, which Danson and his siblings inherited from their parents. Danson and Josephine manage both shambas (Swahili for ‘farm’) and the family’s prosperous poultry farm, which produces eggs that are sold across the region. He has lived his entire life on the estate and says he “has had the farm from birth”. 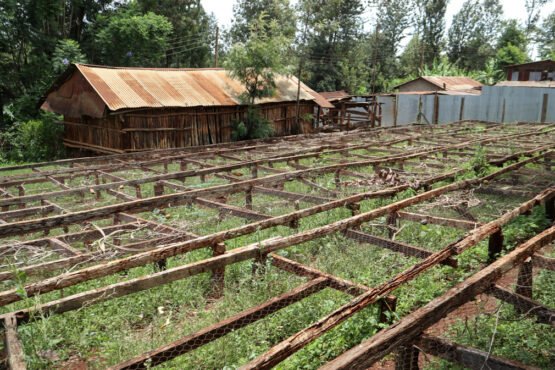 The varieties on the farm are SL-28 and SL-34, which were planted by Danson’s father between 1955 and 1972. The trees have been continuously regenerated since that time, using a stumping technique where new stalks are allowed to grow from the stump to replace older stalks, which are then cut back when the new stalks reach full maturation. In addition to planting the farm, Danson’s father also built a small wet mill – or factory, as they are called in Kenya – on his land, which has the capacity to process up to 20,000kg of fresh cherry a year. This factory enables Danson and his family to process and dry their coffee independently of a Farmers’ Cooperative Society.

During harvest, Danson employs about 30 local pickers who have been trained to pick only the ripest red cherry. The pickers meticulously hand sort the cherry to remove any under ripes before processing. Pickers are paid by weight, or on a day rate when there isn’t much cherry to collect.

After sorting, the coffee was pulped using a pulping machine, which removes the skin and fruit from the inner parchment layer that protects the green coffee bean.

The coffee was then dry fermented for 12-24 hours, to break down the sugars and remove the mucilage (sticky fruit covering) from the outside of the beans. Whilst the coffee was fermenting it was checked and when ready it was rinsed and removed from the tanks. 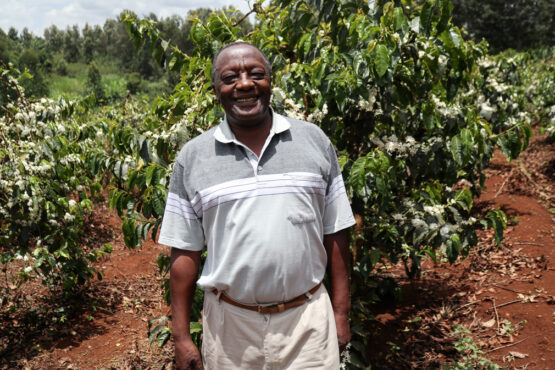